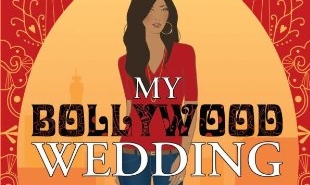 I settled down to read this novel on a three-hour train journey from Marrakech to Casablanca. As a huge fan of fluffy, romantic novels I’d been hoarding it like a birthday party bag since discovering it in a London bookshop. After a few miles of unremarkable Moroccan farmland it seemed like the ideal time to dive in.

So, the disappointment was that much keener when it turned out to be…not particularly good.

Maya, a thirty-year-old Bengali Brit has proposed to her best friend Jhanghir. With a penchant for the dramatic, Maya hasn’t just pulled him aside one day and confessed her undying love, she’s flown across the Atlantic (he lives in New York), derailed his engagement to a family friend and proposed to him on stage at an awards ceremony in front of family and friends.

It’s hard to root for a relationship based more on desperation than emotion.

Wow, she must really love him, you assume. Hmmm, not so much it turns out as Maya’s overriding concern is not love but her fear of ending up a SLAAG (single, lonely, ageing Asian girl). It’s hard to root for a relationship based more on desperation than emotion. Why Jhanghir agreed to the marriage is never clear; was it pity? Surprise? It’s hard to believe it was love as Jhanghir casually allows his uber-wealthy family to treat his fiancé like a gold-digger.

By Casablanca I’d frowned and rolled my eyes so hard I feared they’d never come back down. On the return journey to Marrakech I speed read through the rest of the book determined to know how the convoluted plot would be resolved. Red herrings, sloppy mis-direction, a whiny annoying heroine… the book only clings to the cliff-edge of bearable thanks to competent writing and its intriguing insight into another culture.

The happy-ever-after resolution reads like a literary band-aid slapped on a gaping wound of a plot. I hope the happy couple know a good divorce lawyer.