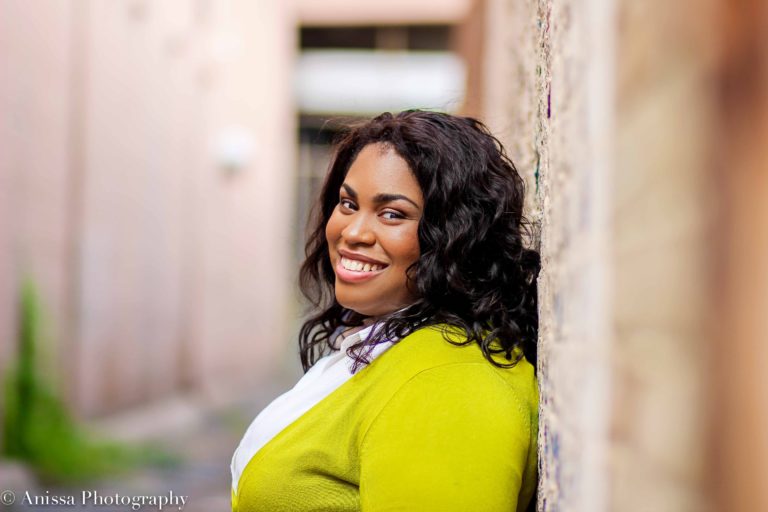 Her first novel, The Hate U Give, topped the New York Times bestseller charts for over a year and birthed a star-studded film adaptation that achieved critical and commercial success. Her second novel, On the Come Up, hit store shelves in February and shot straight up the bestseller lists. Like THUG, it has been snapped up for a big-screen adaptation.

There’s no question that Angie Thomas is a powerhouse of a writer. Here are 10 things you should know about her.

1. She was born in Jackson, Mississippi

Mississippi has turned out a remarkable number of writers including Richard Wright, Mildred D Taylor and Jesmyn Ward. Thomas likes to joke that her home state is known for two things: writing and racism. “And I happen to be a writer who writes about racism.”

Thomas grew up in Jackson’s predominantly black Georgetown neighbourhood. “I grew up hearing about black people who were killed, like Emmett Till and civil rights leader Medgar Evers. Evers actually lived in the same neighbourhood I grew up in and when he was killed, his house was so close to ours that my mum, who was a little girl, heard the gunshot. So yeah, I heard those stories but they felt foreign to me. I was more worried about the cops and gang wars.”

2. She wrote The Hate U Give at church

Angie Thomas wrote THUG while working as a bishop’s secretary at a megachurch in Mississippi. She would write at night and in quiet periods during the day.

In 2014 a literary agency was running a Twitter Q&A. Thomas went on and asked whether YA novels that dealt with sensitive current issues were a no-no. New York literary agent Brooks Sherman, responded: “I don’t think any topic is off limits for young adult readership. It’s just a matter of how you address it.” She told him she was writing a story related to the Black Lives Matter movement. Sherman asked to read her manuscript and a few months later signed her as a client. When he submitted her novel to publishers a few months later, 13 US publishers fought for the rights to her book.

4. She loves her book jackets

“I wanted her [Bri – heroine of, On the Come Up] to look victorious. That was really important to me. Even though she’s turned away from the camera, she’s looking back at us — the reader — as if to say, ‘I’m here, you’re going to listen to me, I’m a force to be reckoned with.’ I wanted her to own that cover. When you put the covers together side-by-side, you see these two black girls who are confronting you. They’re not shying away from you.”

During her early teens Thomas was having so much trouble with bullies at school that her mother removed her and began to homeschool her. However, the experience left her depressed and suicidal. One day she locked herself in the bathroom and fought the temptation to self-harm while listening to TLC’s Waterfalls. Left Eye’s rap came on. The words ‘Dreams are hopeless aspirations/In hopes of comin’ true/Believe in yourself/The rest is up to me and you’ seemed to speak directly to her.

“I realised that there were so many dreams I had, and if I did something to myself I wouldn’t see them. So I didn’t do anything. I told my mom and she somehow got the number for Left Eye’s studio on Ask Jeeves, and she got on the phone. She [Lisa Lopes] listened and was amazing. She told me ‘You have to keep going’. That conversation stayed with me. It was only a few months after that that she passed, so I’m glad I got the opportunity to speak to her.”

6. The Hate U Give was inspired by a police shooting

On New Year’s Day, 2009, an unarmed 22-year-old Black man was shot dead by transit police. His name was Oscar Grant and his murder was later immortalised in the Ryan Coogler film, Fruitvale Station.

His death had a profound effect on Angie Thomas.

“At home, he was one of us, we knew Oscars. But at my school, people tried to use the fact that he had a record and was an ex-con to justify it. It felt personal and the only thing I knew how to do instead of burning every garbage can on campus, was I wrote.”

She wrote a short story about a boy called Khalil who was a little like Oscar, and a girl named Starr with a foot in two worlds. It was a little too long for a short story but her creative writing professor suggested she might one day turn it into a novel…

7. She once wrote fanfiction

Thomas’ fondness for the US TV soap opera Passions motivated her to write fanfiction and post it online under a pen name. She says it taught her how to make other people’s characters work, which eventually gave her the skills and confidence to create her own.

In a Tweet, she adds, “I was able to write an ensemble cast in #TheHateUGive and #OnTheComeUp because I started out writing ensemble casts in soap fanfics. I had sooo many plots 😂. So yeah. Fanfic is legit”

8. A police union tried to have her removed from a school reading list

In 2018 a South Carolina police union challenged the inclusion of Thomas’ THUG on a summer reading list for ninth-grade students. The president of the Charleston-area Fraternal Order of Police appeared on TV news channels to accuse the book of being “almost an indoctrination of distrust of police”.

(Interestingly, in THUG, the main protagonist’s uncle is a black police officer and a positive role model.)

The school stood up to pressure from parents and the police and refused to remove the book from their reading list. In early 2019, the South Carolina Association of School Librarians awarded the school’s defiant principal the Intellectual Freedom Award to thank her for supporting the English teachers and defending the reading assignment.

She was the first black teenager to graduate from her creative writing course at Jackson’s Belhaven University. She says her experience of growing up in a largely poor, black neighbourhood while attending an affluent, white college informed Starr’s high school experience.

10. She’d put Lauren Hill at the top of any Hip Hop list

“We don’t give Lauryn Hill enough props or respect, not just as a woman in hip-hop but just as a talented individual in hip-hop. She’s one of the best rappers of all time, and not enough people say that.”

Her top five would also include Biggie, Tupac, Kendrick Lamar and André 3000.