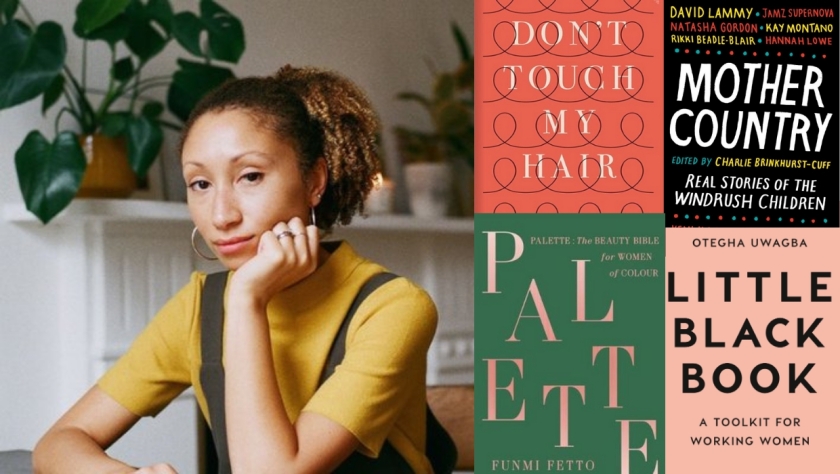 Paterson studied English at Cambridge then completed an MA in Gender Studies at the School of Oriental and African Studies. Her first publishing job was as editorial assistant for an academic publisher. She moved on to an agents’ assistant role at the prestigious Wylie Agency, joined Rogers, Coleridge & White in 2013 and is now a literary agent with Aitken Alexander Associates. She was named the Bookseller Rising Star of 2018.

1. You completed an MA at SOAS then went into academic publishing before deciding you preferred fiction publishing. How hard was it to get an assistant position at The Wylie Agency?

The first time I interviewed for that position, I didn’t get the job. Some time after, because the first interview had gone relatively well, I sent the director of the London office an email and asked whether any new vacancies had opened up. Luckily, there was a new position available so I interviewed again and finally got the job in 2010 around the time of the ash cloud.

2. What do you enjoy most about your work?

The breadth of it can be very stimulating. On the surface, the job is editorially driven but it also requires keen business instincts; the energy to generate new ideas; an interest in international publishing and global trends; a sensitive and complex understanding of people and their tastes. Deep down, though, I derive the purest pleasure from working closely with authors. That is the most rewarding part of the job, creatively and intellectually.

3. You represent around 45 writers. How do you juggle all those relationships and the needs of different writers?

By never switching off my phone!

4. In January, Laura B McGrath wrote a piece about how the practice of ‘comping’ in publishing reinforces the status quo. (Comping is a marketing practice publishers use where they basically say: ‘we assume book A will sell because it’s like book B and that sold x copies’) How do you make a commercial case for a book you want to represent when nothing like it has come before?

Yes, I read that piece. I would be lying if I said the lack of obvious comps for a book isn’t sometimes a commercial obstacle from a publisher’s perspective, but part of my job, where possible, is to turn that fact into a USP. Funmi Fetto’s forthcoming Palette, for example, is the first beauty bible for people of colour. At one level that’s an astonishing thing to recognise, but commercially it’s an enormous opportunity – there is, quite literally, nothing else like it. When presenting the editorial and commercial case for a book in what is called a submission letter – the letter that is sent to publishers when you are submitting a new book in the hope of securing a publishing deal for the author – part of that will involve my demonstrating to the publisher that there is a market for that book, or that we can create a market for it. Which means that just because there aren’t any clear comps for the book I’m selling doesn’t mean there aren’t any readers out there hungry for it to exist.

5. Does it matter that there are so few literary agents of colour in the UK?

It matters enormously. Being a literary agent means you are a gatekeeper and having an industry of gatekeepers that isn’t sufficiently representative is hugely problematic.

6. Are there any changes you would like to see happen in publishing to improve diversity?

Yes, and the changes I’d like to see are too numerous to list here but, taking a deep breath:

– I would like to see a significant and wholehearted commitment to changing the staff composition (and retention) of both publishing houses – across all departments – and literary agencies.

– I would like to see less handwringing and more long-term action from white gatekeepers about how the above can be achieved.

– I would like to see proper recognition of the influence held and exerted by the bookselling side of the industry. We can’t pretend, for example, that Waterstones doesn’t possess the power to transform a book into a commercial hit, so let’s scrutinize the choices that they make (and don’t make).

7. Otegha Uwagba’s Little Black Book is a bestseller, Emma Dabiri’s forthcoming Don’t Touch My Hair is highly anticipated, as is Funmi Fetto’s beauty book. Does it help you in your work to have hugely successful clients? ie can you take more risks? Get manuscripts in front of publishers more easily?

A facetious response: I think every book is a risk. That unpredictability is both the magic and the curse of working in publishing: you never know what might happen.

An earnest response: I only work on books that I believe in and when you feel that way about a project, it doesn’t seem risky at all; it only ever makes complete sense.

8. Which character traits have been most useful to you as a literary agent?

9. What advice would you give to a young person interested in becoming a literary agent?

A massive cliché but don’t run before you can walk. The longer you spend as an apprentice to someone brilliant, the better an agent you’ll be.

10. Do you still read for pleasure?

I try to! On holiday I only read for pleasure, and usually only backlist. The best novels I’ve read in the last six months are Veronica by Mary Gaitskill and Silver Sparrow by Tayari Jones. I’ve just started Quiet by Susan Cain because I’m suddenly very interested in introversion.

Have you read the intro to this piece? The Literary Gatekeepers

Do you have any thoughts on the role literary agents play? Please share below.