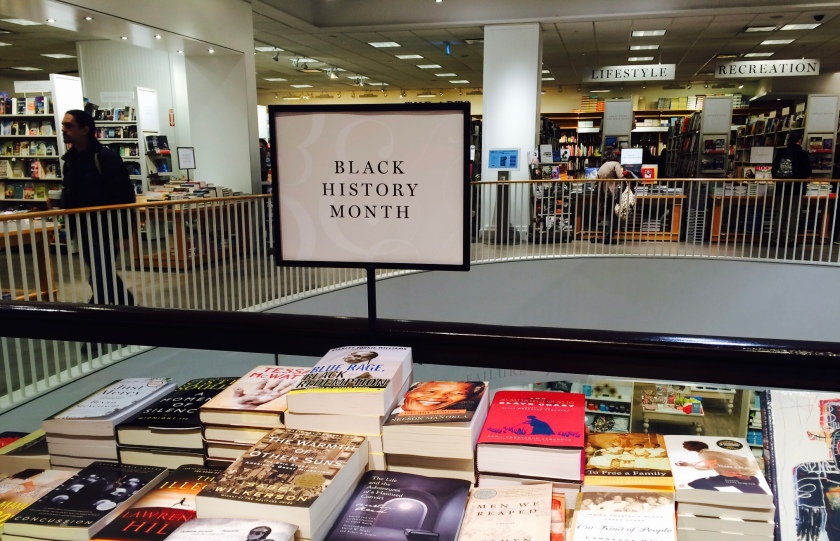 I was moseying around the Chapters in downtown Toronto today, just killing time before meeting a friend. It was great to see the variety of black authors on display for Black History Month. 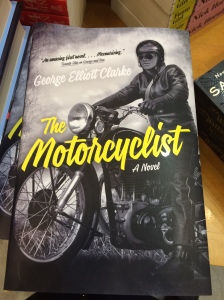 Carl Black is an intellectual and artist, a traveller, a reader and an unapologetic womanizer. A motorcyclist. He burns for the bohemian life, but is trapped in a railway porter’s prosaic existence. Taking place over one dramatic year in Halifax, Nova Scotia, The Motorcyclist recounts Carl’s travels and romantic exploits as he tours the backroads of the east coast and the bedrooms of a series of beautiful women. 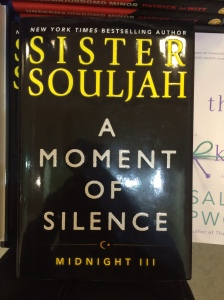 A Moment of Silence

Handsome, young, Muslim, and married to two women living in one house along with his mother, Umma, and sister, Naja: can Midnight manage? He is surrounded by Americans who don’t share or understand his faith or culture, and adults who are offended by his maturity, intelligence, or his natural ability to make his hard work turn into real money. He is usually calm, and confident but one moment of rage throws this Brooklyn youth into a dark world of dirty police, gangs, guns, drugs, prisons, and prisoners. Everything he ever believed, every dollar he ever earned, and all of the women he ever loved—including his mother—are at risk. 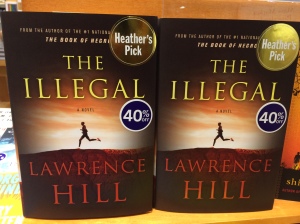 Keita Ali is on the run.

Like every boy on the mountainous island of Zantoroland, running is all Keita’s ever wanted to do. In one of the poorest nations in the world, running means respect. Running means riches—until Keita is targeted for his father’s outspoken political views and discovers he must run for his family’s survival. 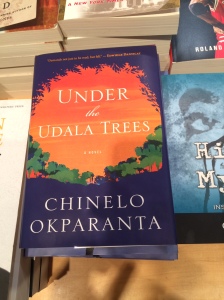 Under the Udala Trees

Ijeoma comes of age as her nation does; born before independence, she is eleven when civil war breaks out in the young republic of Nigeria. Sent away to safety, she meets another displaced child and they, star-crossed, fall in love. They are from different ethnic communities. They are also both girls. When their love is discovered, Ijeoma learns that she will have to hide this part of herself. But there is a cost to living inside a lie. 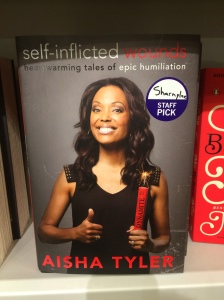 In her book Self-Inflicted Wounds, comedian, actress, and cohost of CBS’s daytime hit show The Talk, Aisha Tyler recounts a series of epic mistakes and hilarious stories of crushing personal humiliation, and the personal insights and authentic wisdom she gathered along the way.

The essays in Self-Inflicted Wounds are refreshingly and sometimes brutally honest, surprising, and laugh-out-loud funny, vividly translating the brand of humour Tyler has cultivated through her successful standup career, as well as the strong voice and unique point of view she expresses on her taste-making comedy podcast Girl on Guy. 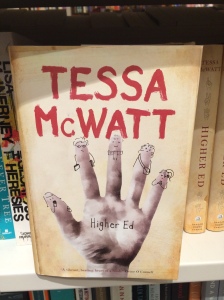 Against a backdrop of 21st-century east London, where cuts and job crunches and unemployment are ugly, unrelenting realities, three very different love stories bloom. Francine is a university administrator who firmly believes she is unattractive and unloveable but discovers she might be special to someone. Robin, a young film prof, is awoken to beauty in the form of the young Polish waitress in his local café. Then there is Olivia, a mixed race girl growing up in a racist household, who thought she’d been abandoned by her father. Soon she realizes that her father is not the kind of man who would abandon anybody. 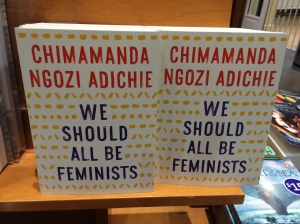 We Should All Be Feminists

In this personal, eloquently-argued essay—adapted from her much-admired TEDx talk —Chimamanda Ngozi Adichie offers readers a unique definition of feminism for the twenty-first century, one rooted in inclusion and awareness. Drawing extensively on her own experiences and her deep understanding of the often masked realities of sexual politics, here is one remarkable author’s exploration of what it means to be a woman now—and an of-the-moment rallying cry for why we should all be feminists. 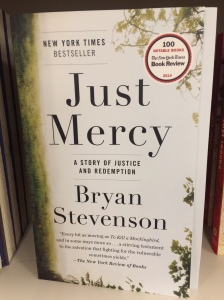 Bryan Stevenson was a young lawyer when he founded the Equal Justice Initiative, a legal practice dedicated to defending those most desperate and in need: the poor, the wrongly condemned, and women and children trapped in the farthest reaches of our criminal justice system. One of his first cases was that of Walter McMillian, a young man who was sentenced to die for a notorious murder he insisted he didn’t commit. The case drew Bryan into a tangle of conspiracy, political machination, and legal brinksmanship—and transformed his understanding of mercy and justice forever.

I’m a sucker for magazines and it was lovely to see Waje and Yara Shadhidi gracing the covers of New African Woman and Essence respectively.. 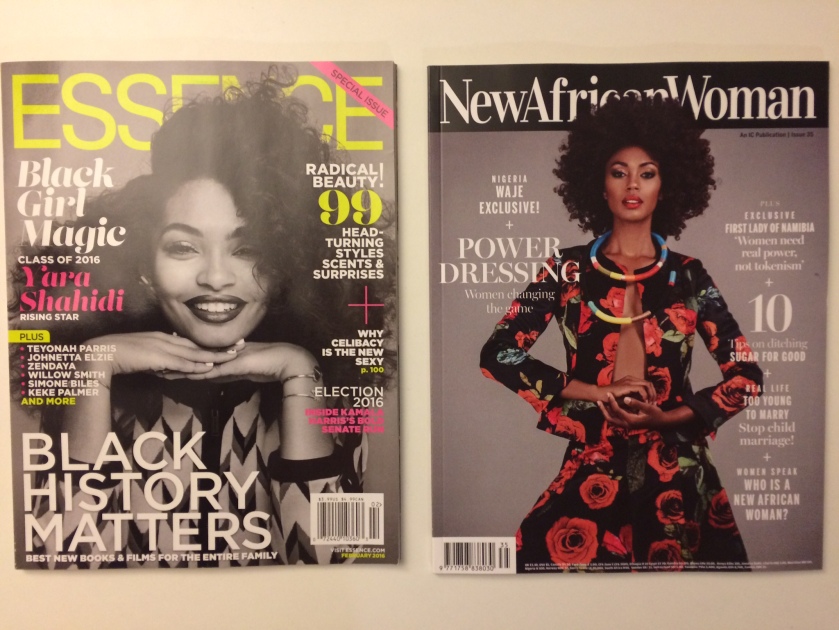