1
Chancing Faith – Empi Baryeh
American ad exec Aleksanderis is in Ghana to negotiate a deal that could make his career. Naaki has scored an internship and is determined to prove she can make it in the corporate world. Neither has room for distractions, and yet both find themselves risking everything for love.
Ghanaian – Interracial – Contemporary – 2012

2
32 Candles – Ernessa T Carter
Davidia Jones is poor, dark skinned and bullied mercilessly at school. Her dreams of a ‘Molly Ringwald Ending’ finally push her to run away to L.A and become a singer. She redefines herself and begins living the life she’s dreamed of. Until James, the rich golden boy she had a crush on back home, walks into her nightclub.
American – Contemporary – 2010 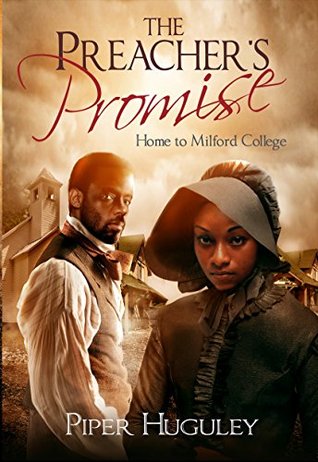 3
The Preacher’s Promise – Piper Huguley
Amanda Stewart is determined to start a school for the formerly enslaved people in Georgia. The chilly welcome she receives from Virgil Smithson, the local mayor/preacher/blacksmith, only deepens her resolve.
American – Historical – 2014

4
Love Will Always Remember – Tracey Livesay
Leighton Clarke wakes from a coma with amnesia. The only person she feels an emotional connection with is Jonathan Moran, a gorgeous chef and her fiancé’s brother.
American – Interracial – Contemporary – 2017

5
Keeping Secrets – Kiru Taye
Ebony can’t believe her good fortune when her paper husband wakes from a coma completely unaware that theirs is a temporary marriage arrangement with an agreed no intimacy clause. He is now the adoring husband she’s always dreamt of, but what will he think when he regains his memories?
Nigerian – Contemporary – 2014

6
Remember My Name – Havana Adams
Scriptwriter Talia’s career has hit the skids. When she gets the chance to work for Alex Golden – legendary womanizer, LA bad-boy and Hollywood’s hottest property – it looks like she could be on her way up. So long as she steers clear of Alex’s scandalous propositions…
British – Interracial – Contemporary – 2014

7
A Brother’s Honor – Brenda Jackson
The death of his grandfather has forced Jace Granger back to Virginia and the terrible memories it holds. He hires beautiful consultant, Shana Bradford to save his family’s failing business but she promptly turns his world upside down.
American – Contemporary – 2013

8
The Perfect Find – Tia Williams
Jenna Jones is 40, broody and holding on to her fashion career by her fingertips.  Yet she finds herself risking it all for a lusty secret romance with a man half her age who might well destroy what’s left of her career.
American – Contemporary – 2016

9
A Hope Divided – Alyssa Cole
Marlie is a free black woman, the daughter of a former slave and her white master. When a Union soldier escapes from a Confederate prison and takes shelter in her home Marlie’s tries and fails to keep her distance. However, when a member of the Home Guard, whose job is to round up and punish Confederate deserters, also takes up residence in Marlie’s house, her situation becomes dire.  This is part two in Cole’s civil war series and it’s exquisitely researched.
American – Historical – 2017

10
The Nearness of You – Sareeta Domingo
Taylor is determined to ignore her attraction to her best friend’s boyfriend. But when he moves in with them and her friend goes away on a work trip, the tension becomes unbearable and the line between right and wrong blurs.
British – Contemporary – 2016

11
Chase Me – Farrah Rochon
Indina Holmes is dreading spending three days on a family cruise. Things get worse when her only option for a cabin mate is the co-worker she’s been sleeping with for the past year. Now, she has to keep her large family from playing matchmaker.
American – Contemporary – 2017

12
The Wedding Date – Jasmine Guillory
Agreeing to go to a wedding with a guy she gets stuck with in an elevator is something Alexa Monroe wouldn’t normally do. But there’s something about Drew Nichols that’s too hard to resist.
American – Contemporary – 2018

13
The Taming of Jessi Rose – Beverly Jenkins
Jessi Rose Clayton would do anything to keep the family ranch from falling into the wrong hands – even agree to take on a rough-and-tumble outlaw as her protector.
American – Historical – 1999

14
Love Notes – Christina C Jones
Jules doesn’t want a serious relationship. Troy is taking a break from catting around. Both have to adjust when the sparks start flying.
American – Contemporary – 2018

15
Americanah – Chimamanda Ngozi Adichie
Yes, it’s a novel about race and identity. But it’s also an epic love story about two people separated by circumstance who battle the odds to find their way back to each other.
Nigerian – Contemporary – 2017

16
Falling for His Convenient Queen – Therese Beharrie
King Zacchaeus is marrying Princess Nalini to secure an alliance between their kingdoms. His bride, however, has no intention of settling for anything less than love, and she’ll stop at nothing to get the reluctant king to open his heart.
South African – Contemporary – 2018 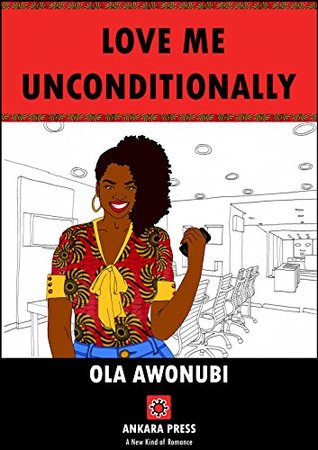 17
Love Me Unconditionally – Ola Awonubi
Deola Banjoko moves to Nigeria nursing a broken heart after the breakdown of her engagement. She finds herself a consultant position working for businessman and widower, Femi Da Silva. Can the two of them move beyond the pain of the past and trust enough to find love again?
Nigerian – Contemporary – 2017

18
The Chocolate Run – Dorothy Koomson
Amber Salpone doesn’t mean to keep ending up in bed with her friend Greg Walterson. Every time it happens their secret affair moves closer to being a real relationship, which is a big problem when he’s a womaniser and she’s a commitment-phobe.
British – Contemporary – Interracial – 2004

19
The Small Print – Abimbola Dare
Ambitious illegal immigrant Wale Ademola agrees to a contract marriage to avoid deportation. But his paper wife begins to make demands that threaten to jeopardize everything when he meets the woman he truly loves.
Nigerian – Christian – 2011

20
Awakening: Book One of Kira’s Story – Rebel Miller
Kira Metallurgist has always felt she was meant for more. In a system that is based on castes and predetermined position, Kira embarks on a tumultuous journey that leads her toward a destiny that involves two men who call to her heart in different, yet powerful ways.
American – Science Fiction – 2015

21
From Pasta to Pigfoot – Frances Mensah Williams
A disastrous night out leaves Faye Bonsu’s romantic dreams in tatters. To heal, she leaves leafy Hampstead for the social whirl of Ghana. There she meets Rocky Asante, a cynical, career-obsessed banker with no time for women… until now.
British – Contemporary – 2015

22
Crush – Crystal Hubbard
When sportswriter Miranda Penney is pulled from a frenzied crowd at a Lucas Fletcher concert by the gorgeous Welsh superstar himself, she’s immediately smitten…and the feeling’s mutual.
American – Contemporary – Interracial – 2007

23
Talk Sweetly to Me – Courtney Milan
Courtney Milan is not black, but she is a women of colour. I’ve snuck this novella onto the list because it’s one of my absolute favourites. It’s the story of a young black woman in Victorian England who is a genius with numbers and loves astronomy. She does her utmost not to fall for her Irish neighbour, an infamous advice columnist and a known rake, but he’s handsome, witty and dead-set on winning her heart.
American – Historical – Interracial – 2014

24
Survivor – Shade
Annabelle narrowly escaped the murderer who killed her family. However, the trauma caused her to erect barriers to keep the world at bay. She is learning to lower those shields for the delectable architect working on her house when her family’s killer returns to finish the job.
British – Contemporary – Interracial – 2013

Do you have a favourite black romance novel? Don’t be stingy, share the details below.