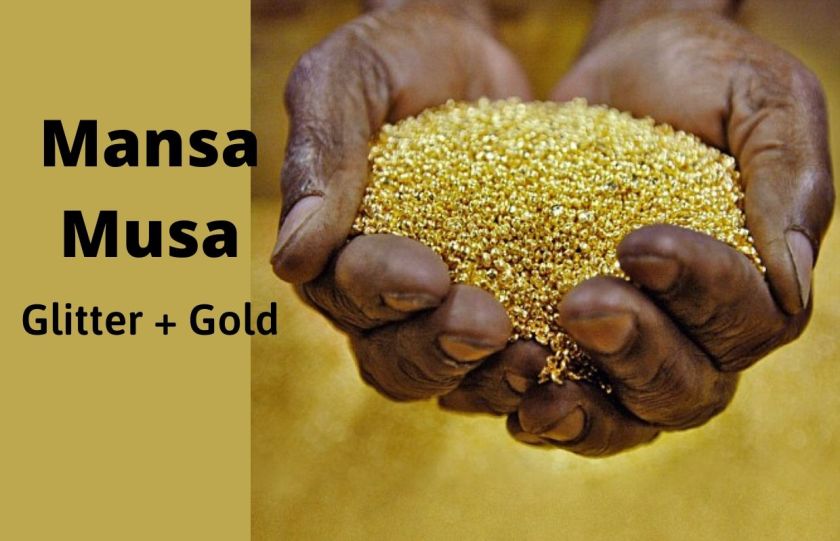 I spent my Christmas on a train travelling from Canada’s east coast to the west. When I wasn’t gazing out of the huge plate glass windows at mountains, frozen lakes and endless prairie land, I was reading Mansa Musa and the Empire of Mali by P. James Oliver.

What an eye opener! Here’s your 60 second guide to the medieval ruler:

Amazingly, while I was reading and travelling, Twitter began talking about Mansa Musa. Apparently Black Panther director, Ryan Coogler and actor Michael B Jordan are planning to make a film about the African ruler. The chatter began on Twitter (where debate is an Olympic sport) so opinion was soon divided. Some people argued that Mansa Musa was unworthy of a film because he owned slaves.

He did. Thousands of them.

Yet, I’d still pitch my tent in the ‘Yes, tell his story’ camp.

His life was epic. The same way we don’t question whether to make films about Churchill, Gandhi, Columbus or JFK – all of whom have problematic legacies. I don’t believe we should restrict ourselves to telling stories only about African figures we deem uncontroversial.

I’ll go further. I think a film would be too small a canvas to capture the adventures and numerous achievements of Mansa Musa. I’d prefer a five-season, streamed TV series a la The Crown. It would reek of money. Lavish sets, far flung locations, teams of costume designers, baked mud palaces, piles of gold everywhere…

If, however, I were restricted to an eight-part series, this is how it would break down. 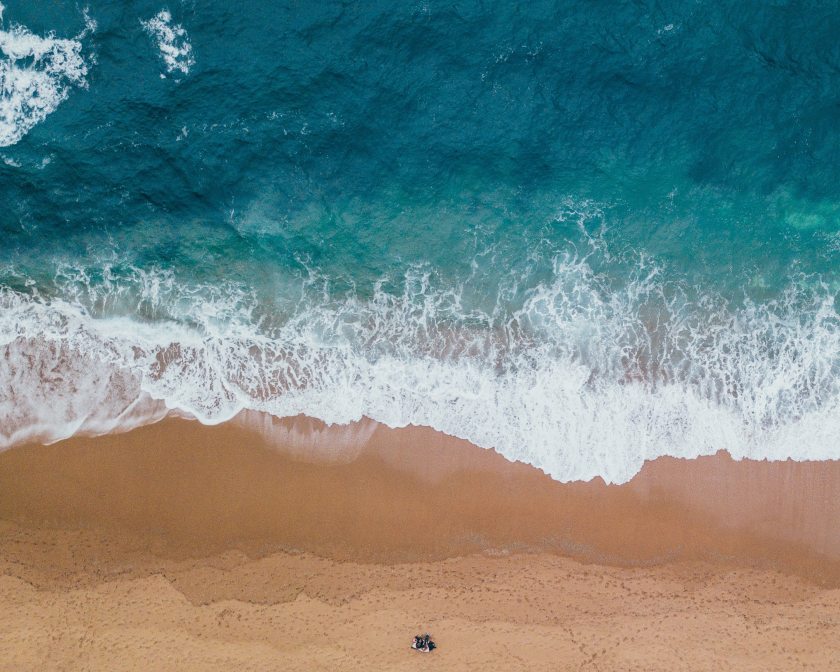 A sweeping view of daily life in 14th century Mali. Salt is mined by slaves and indentured servants in a town called Taghaza, on the edge of the Sahara. Further south, gold dust fills the earth of the Black Volta, men dig shallow pits to uncover clumps of yellow metal. In Takedda (now Niger), workers harvest copper from mines. All of it belongs to Mali, an empire nearly as big as western Europe.

Abu Bakr II, 9th Emperor of Mali has had enough of ruling and living in splendor. He stands on the shore (of what is now Dakar) and watches as final preparations are made to the flotilla of ships that will take him on a voyage to find the end of the ocean. One thousand vessels bulge with men, one thousand with food supplies. Bakr does not plan to return until he reaches his destination.

Kankan Musa is his nephew, his deputy. 32 years-old. He watches the preparations with trepidation. He will have to serve as interim emperor until his Uncle returns. Bakr boards the ship and with great fanfare the fleet sets off.

In his Uncle’s absence, Musa decides to shake up the empire a little. He will impose his Muslim beliefs on the pagan gold miners, he decides. The miners aren’t having it. They reduce their gold output. He relents. He sees governing as a dialogue between leaders and people. His flexibility is a trait that will stand him in good stead in years to come.

Bakr II does not return. Musa has been ruler for 12 years. He is now 44. Reports from his lieutenants across the empire are glowing, Mali is thriving, making money hand over fist. But like his predecessor, Musa is bored. Maybe there is something dulling about wealth and success, maybe the need for adventure and excitement is a family trait. He wants a new challenge. He confides in the only people he allows close to him: the court dyeli (aka Royal Spokesman) and best friend, and his wife, Inari Kunate. She tells him to snap out of it, after all, his Uncle’s restlessness led him to an (alleged) watery death. The dyeli suggests a pilgrimage to Mecca.

In 1326 a caravan sets out from the Mali capital, Niani. In the caravan there are:

The Sahara is vast, (nearly the size of the US). Traversing it is a death sport. Musa takes interest in the Tuareg navigators. They are descendants of the North Africans, Berbers. They are called camel masters and sand riders because they are experts at crossing the Sahara. They navigate by the stars, by the subtle shadings of sand and its distinctive taste, by rocky outcrops, by the feel of the wind, by tiny incremental details invisible to outsiders but that remain constant even as the sand shifts around them and dunes come and go. They successfully guide the huge convoy from watering hole to watering hole until they reach the end of the sea of sand.

The caravan takes eight months to reach Cairo. Egypt is ruled by Sultan El Malik en Nasir. The meeting of the two rulers is nearly a catastrophe as the Emperor of Mali refuses to kiss the ground before the Egyptian ruler, the usual mode of greeting. Advisors to both must employ all their skill to find a resolution. In the end, Mansa Musa is persuaded to bow and pray to Allah. The Sultan accepts the compromise, after all, Egypt does not wish to make a powerful enemy.

Mansa Musa is taken on a tour of the citadel, it’s still under construction but will one day be a stone fortress wrapped around the Sultan’s palace and other vital interests. The Sultan boasts of using European slaves captured during the Crusades. The leaders chat and their words are recorded by the Cairo encyclopedist al-Omari. (He will one day relay their conversations in his most famous work – Masalik al-Absad published in 1340.) Musa tells the sultan: “…if I have become the Master of Mali, it is only because my predecessor refused to believe that the ocean was infinite.”

The caravan stays three months. The Egyptian bankers begin to panic. The Emperor’s habit of  giving huge sums of gold to the poor is stripping the currency of value. The advisors are again employed to urge the Malians on their way. After they leave gold does not regain its value for 12 years. 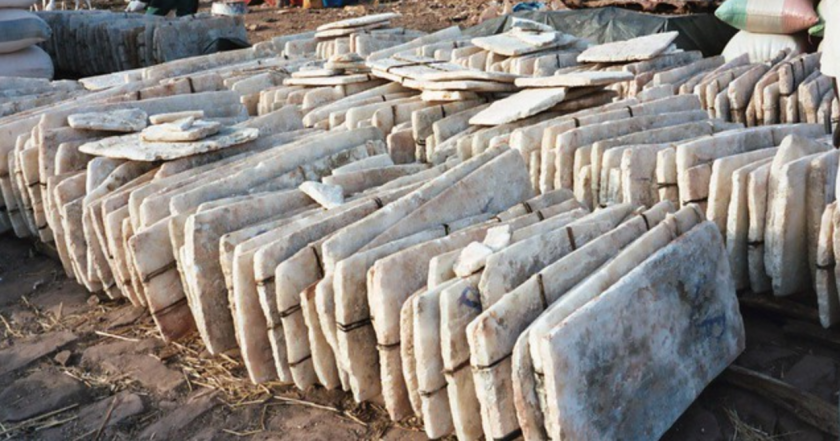 The caravan crosses North Africa. The air is cooler. The architecture different. The Mansa crosses paths with renown people coming from all directions. He meets Ibn Battuta, a Berber Moroccan scholar, and explorer, one of history’s greatest travellers. (Battuta will visit Mali in 1352.) At a lavish feast with representatives from Europe, the Middle East, Asia and Africa the conversation turns to slavery.  It is pointed out to Musa that Africa once made slaves only of war captives and concubines, but that Muslim Arabs have made it into a business with formal markets and published prices. He is a man of reason so maybe he recognizes the injustice of the practice, however, it is too lucrative for Mali to be outlawed. He argues that under Islamic law slaves serve only a set term then they are freed, some with loans from their masters to establish businesses. He has made slaves governors of his territories. They are allowed to marry as they wish. He carefully does not mention those slaving in his salt mines, eating salty food, drinking salty water, breathing salty air and dying early.

Mansa Musa has reached his destination. He spends his days praying and speaking with world scholars. He explores the wonders of Arabia. He is in heaven. He begins to consider staying and leaving the governance of Mali to his son. Disturbing news from home interrupts these fanciful plans. There is trouble.

Ep 7 – The Conquest of Gao and Timbuktu

The convoy takes a quicker route home. It stops again in Cairo (to borrow money this time as Musa has blown through his funds) and to hire artisans, stonemasons, ironworkers and architects. The slog through the desert is painful, Musa is impatient to reach home. Then news comes of new conquests. Musa’s trusted army leader, General Sagamendian, has conquered Gao (Ghana) and Timbuktu. Musa reroutes to Gao. He meets with the ousted Songhai leader, King Assibai. He lays down the new law and leaves with two of the King’s sons as collateral. Then he travels to Timbuktu. His new subjects are hopeful that Mali will keep the Tuareg attackers who plague them at bay. Musa does. His way is to rule by consensus and not by force. To make every part of the empire feel a part of something great. The city of Timbuktu flourishes and grows to become the cultural and commercial centre of the empire.

Ep 8 – The Acorn Falls Far from the Tree

Mansa Musa returns home to fanfare. He quickly learns the many ways his son, Maghan I, has screwed up. Resigned to the reality of ruling for all his life, Musa begins plans to build a new mosque in Gao and to expand the university in Timbuktu. News of his pilgrimage and stupendous wealth reach Europe. A map drawn for Charles V includes three Mali cities: The capital, Timbuktu and Gao. Kankan Musa is also drawn on the map, seated, holding a large ball of gold. The text reads: “This Negro lord is called Musa Mali, Lord of the Negroes of Guinea. So abundant is the gold which is found in his country that he is the richest and most noble king in all the land.”

Musa does not pay close enough attention to his brother who is jealous that his son is being groomed for the throne. After Mansa does in 1337, aged 57, his son rules for 4 years before dying mysteriously. Musa’s brother takes the throne.